A team member at award-winning accountants and business advisers, Duncan & Toplis has shaved her head to support homelessness charity, Framework in Newark.

Fernanda's friend was supported by homeless charity, Framework before she passed away. Fernanda wanted to raise money in her memory to support the charity that meant so much to her.

Framework, based at Russell House in Newark, provides high quality accommodation and support for up to 15 homeless people in the area. The charity provides vulnerable people with support and advice to help them address their problems and plan for the future with training, education and volunteering opportunities to help them live independently.

Fernanda works at Duncan & Toplis' office in Newark and was sponsored by colleagues and friends who donated to the charity and cheered her on during the shaving. Collectively, they raised nearly £800 for Framework.

Fernanda said: “The support Framework gave my friend changed her life. They gave her the confidence to get her own home and made her realise that there are people there to support you no matter what circumstances you find yourself in. She was so grateful for all the help Framework provided.'

Caron Blair, Service Manager at Russell House said: “This type of kind donation will mean that some of the most vulnerable people in society will get additional support to help them get back into playing a role in such a supportive community. We support 60+ service users here in Newark and we are extremely grateful for such a personal donation that will help us to continue to do our job! A massive thanks from all the people that live and work at Russell House”

As well as donating to support her, some of Fernanda's colleagues at Duncan & Toplis also took turns to wield the razor. Among them was Deputy Managing Director of Duncan & Toplis, Ian Phillips.

“We were all very moved by Fernanda's decision to raise money in memory of her friend and because Framework does such a lot of good work in the Newark area, we gave her our full support. Fernanda is a great part of our team and the whole office dug deep and cheered her on. Having braved the shave myself some years ago - although sadly not for charity - I have to admit that it's quite nice to no longer be the only person on the team without hair!”

Located on London Road in Newark , Framework's Russell House provides high quality accommodation and support for up to 15 single homeless people in the form of self-contained studio flats. The team are on the premises 24 hours a day and provide residents with the support and advice they need to address their problems and plan positively for the future.

Russell House attempts to offer much more than merely a bed for the night; it provides a solid and supported base from which homeless people can begin their recovery with dignity and security, and plan for the rest of their lives.

You can support Framework or find more information about the charity's work in Newark by visiting www.frameworkha.org.uk. 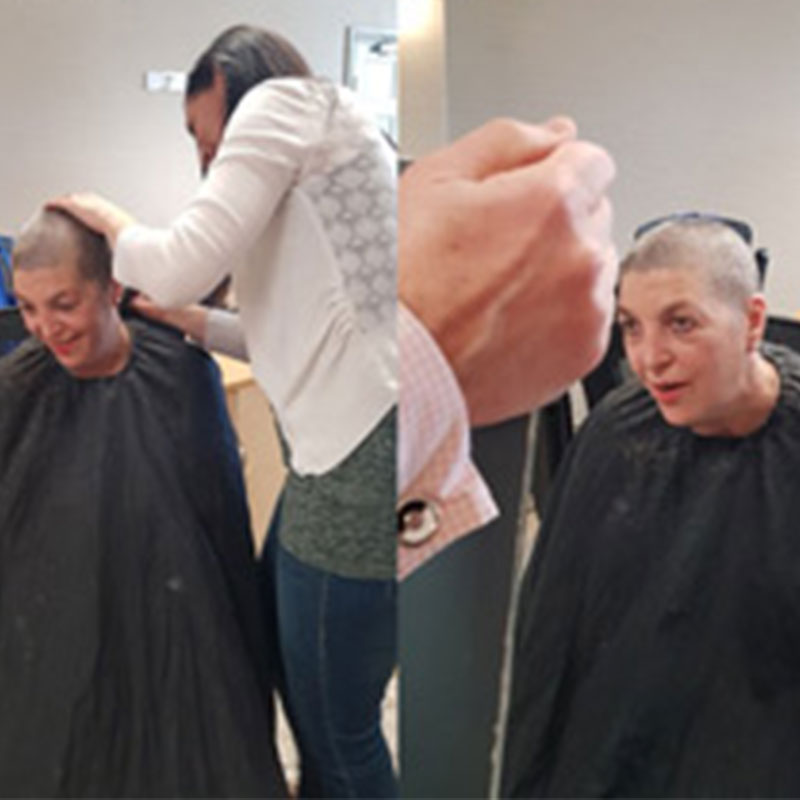