Plans have been approved for Duncan & Toplis' modern office development as it looks to invest in the area.

Plans to build a £1.5m office space submitted by East Midlands based accountancy practice Duncan & Toplis have been given the go-ahead in Louth.

Duncan & Toplis submitted plans to East Lindsey District Council with the support of Stirlin Developments to build the contemporary offices as it looks to move its growing team in Louth.

This will see the team of 23 move from its current site in the centre of Louth to larger, purpose built premises on Fairfield Industrial Estate.

Once formally approved, work will begin at the site on Lincoln Way. A new access road will be created to give cars access to the development, which will include a car park with 53 spaces for Duncan & Toplis colleagues and clients, a contemporary, open plan office space to accommodate the growing team over two floors, plus there are plans to sublet part of the first floor to local businesses.

Adrian Reynolds, managing director at Duncan & Toplis, said: “Our Louth team has seen tremendous growth over the years and this has taken their current site to maximum capacity. In order to facilitate their continued success, it's important that we build a new, contemporary space that we simply couldn't find anywhere else.

“We see a great deal of potential in Louth, and we're committed to investing in the area so we can continue to provide a range of services to the local businesses that we have gotten to know so well over the years.”

Managing Director of Stirlin Developments, James Kirby said: “To say we are thrilled about the opportunity to design and build this fantastic new facility for Duncan & Toplis would be an understatement.”

“We've worked closely with Duncan & Toplis to identify a site that provides the appropriate location and space for their growing team in Louth. The design is fantastic, with credit to our clients for the detailed brief and our Development Manager, Matt Padley, for his ability to deliver upon it. Now that planning has been approved we're very much looking forward to getting started on the construction.”

Duncan & Toplis first came to Louth in 2007 when it acquired the practice of Oxley Coxon accountants at 15 Chequergate in 2007 and has operated from there ever since. Work will begin on the new site this winter and with the development expected to be completed in Summer 2020. 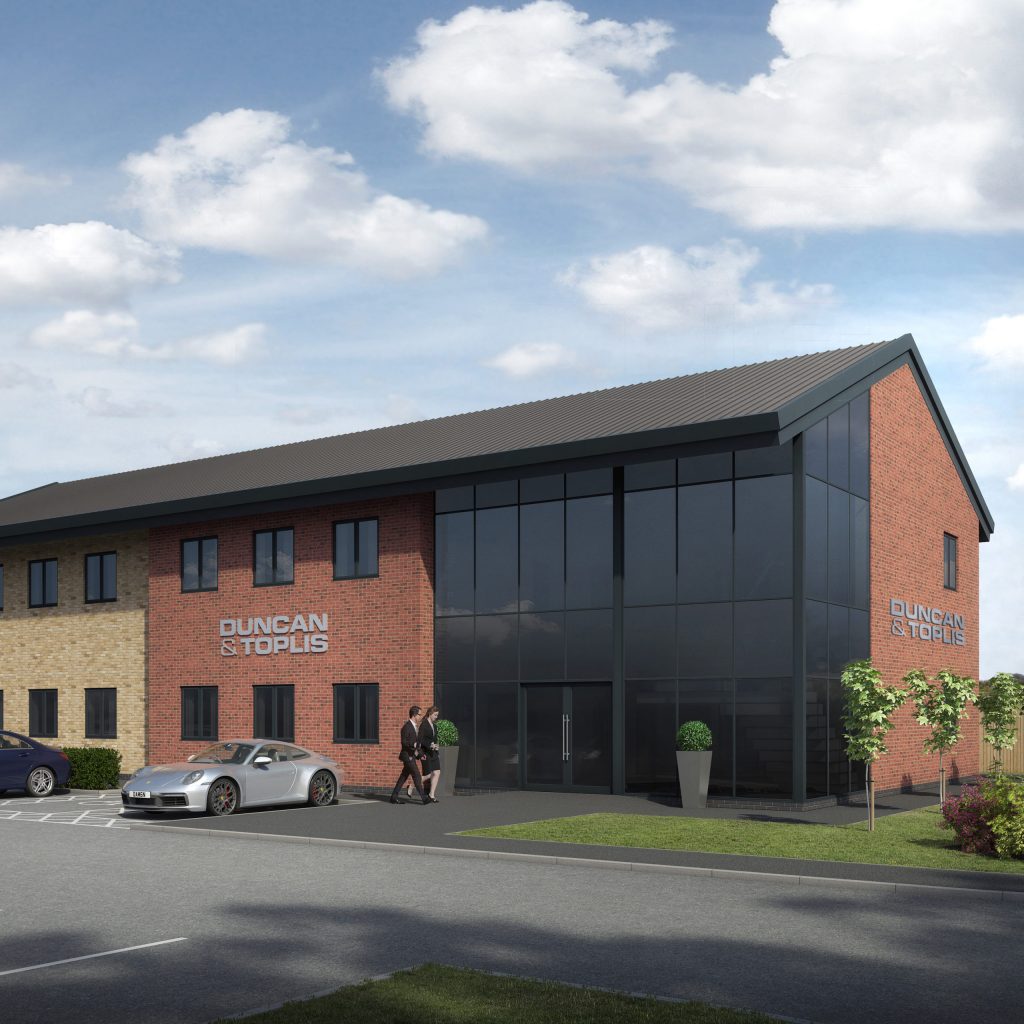