Results of the 2020 harvest in the East Midlands

A survey of farms in the East Midlands, carried out by our team and covering a total of 20,000 acres of farmland in the region, has found that net income from the latest harvest season fell by 18%.

The results show that the average net farm income for the 2020 harvest fell to £109 per hectare, down from £133 the year before. However, this 18% fall was better than the 30% predicted a year ago.

The main cause of the income reduction was the wet winter and flooding of 2019/20 which was followed by a very dry spring.

The flooding across parts of the East Midlands, including Lincolnshire and North Nottinghamshire in late 2019 meant farmers were unable to drill much of their winter wheat, leaving large areas of land unused until spring crops could be planted. Unfortunately, the dry spring which followed also meant difficult growing conditions, limiting yields further.

Increases in commodity prices helped to offset the cost of the reduced yields, but gross margins still reduced from £665 to £627 per hectare, making this the third year in a row in which profit margins have tightened.

“Every year, we survey farms in our region with year ends between September and January to identify the overall trends across the sector in the East Midlands.

“After 2016 saw one of the worst arable harvests in a decade, farms in our region saw net incomes rising over the following two years, reaching a peak of £163 per hectare in 2018. Since then however, incomes have decreased again after a series of tough growing seasons.

“While net income is still far better than the low-point in 2016, it has been a difficult year for many. Fuel saw a considerable fall due to a price reduction and a change in cropping mix to more spring crops and fallow. Machinery repairs and contract and hire costs also fell.

“Meanwhile, depreciation increased slightly. This figure is net of profit on sale and this had a greater impact in 2019 when there were more trade-ins. Property repairs also reduced back to 2018 levels as farmers did not carry out as many planned projects because they anticipated a poorer year. Other overheads remained consistent, but rent and finance costs increased as the fall in profits increased overdrafts.

“Looking ahead to the 2021 harvest, I expect average yields to be below the five-year average once again because weather patterns have not been favourable. More winter crops were sown last autumn than in the previous year, but many farmers report having bare patches in their fields as a result of poor drainage. Fortunately, crop prices remain high.

“Most farmers budgeted realistic prices for wheat of £155 per tonne and £375 per tonne for oilseed rape. Forward prices are now a lot higher, but many have locked into a selling strategy already and so they will not reach these higher prices on average. On average, farms will also experience the effects of a 15% drop in the Basic Payment subsidy.

“I expect that farm gross margins for the upcoming harvest could be £50 per hectare higher at £677 per hectare, but net profits will depend on the ability for farms to control costs, particularly labour and machinery costs which should be kept below the ‘magic figure’ of £370 per hectare. This might be more difficult to achieve this year, because many investments will have been postponed due to the poor harvests of recent years and there may be new challenges in securing seasonal workers due to Covid-19 and Brexit.”

We have a long history of supporting farms in the East Midlands region and beyond. We were co-founded in 1925 by a secretary of the Grantham branch of the National Farmers Union and agricultural businesses have been a mainstay of our client base throughout our history, with many farming clients having been with us through four generations of family ownership.

Today, we are one of the region’s largest independent chartered accountants and business advisers, supporting more than 4,500 clients in all sectors of the economy. We have 11 offices in Lincolnshire, Nottinghamshire and Leicestershire and we have held the title of ICAEW East Midlands Large Accountancy Firm of the Year since 2017.

For more information about the services we offer for businesses operating within the agriculture sector, please contact our team. 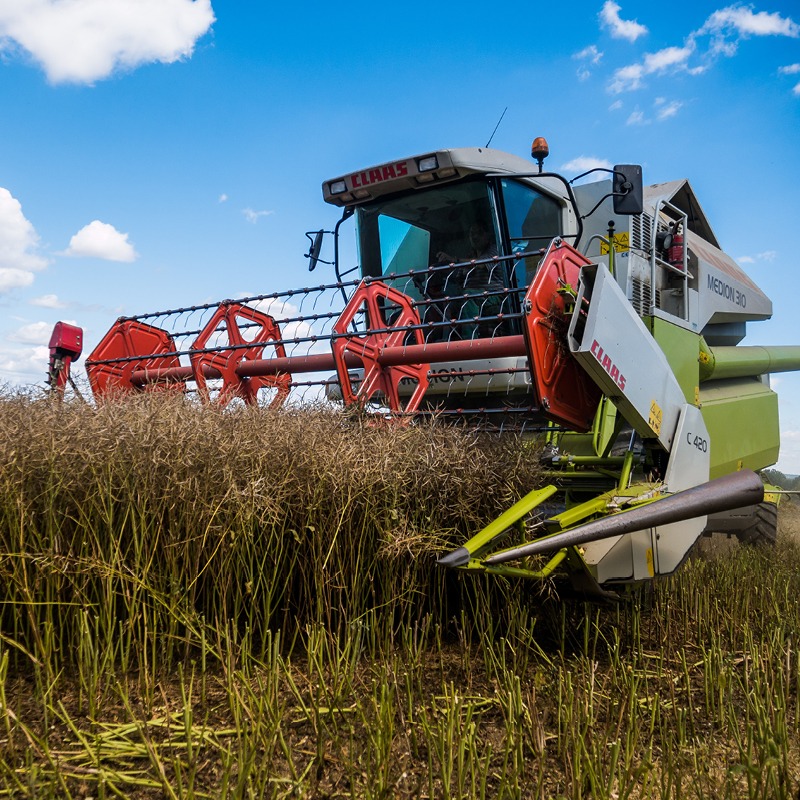