“Only the Conservatives can be trusted with taxpayers’ money. I want to help people now”. Bold words from Chancellor Rishi Sunak today as households and employers across the country tuned in to discover by just how many notches they’ll be tightening their belts as the cost of living starts to bite.

The Chancellor was contending with an in-tray of rising inflation, mounting debt repayments, and trade disruption made worse by a war on the European continent.

Delivered two years to the day since the first COVID-19 lockdown, today’s statement from the Chancellor outlined key measures to support motorists, bolster domestic investment in renewable energy, and help vulnerable households with unprecedented increases in energy bills. At a time when (according to Money Saving Expert’s Martin Lewis) “family finances are at breaking point”, today’s statement hinged on the theme of security - both physical and fiscal.

Against the background of inflation - now at its highest level in 30 years, at 6.2% - and rising energy bills, today’s statement addressed a number of the uncertainties currently affecting businesses and households alike.

The day’s worst-kept secret was the cut to fuel duty, by 5p per litre - much-discussed in recent days and finally confirmed today. Effective from 18:00 tonight, the £5 billion tax cut - the biggest single cut to fuel duty ever - will be in place for a full year, until March 2023. Here was a Chancellor promising to ease the mounting pressure on the nation’s pockets, via the petrol pump.

This cut should be seen in the context of ‘how much is the government currently gaining from record petrol prices?’ The average price of a litre of petrol has shot up by more than 40p in a year, leaving the Government with an extra 7p per litre in VAT - so the Chancellor can afford a 5p cut to fuel duty and still be making more per litre in tax than he did a year ago.

The next big announcement from Mr Sunak was the scrapping of VAT for green energy measures. The reduced rate of VAT of 5% currently applies to home energy-saving equipment such as solar panels and heat pumps, so it’s clear that the Chancellor hopes to further encourage homeowners to ‘go green’ by reducing the VAT rate to 0% for five years. However, it’s not the windfall tax on oil and gas wholesalers that many were hoping for.

Before leaving the EU, it had not been possible to add further items to the VAT zero-rating schedule, but in his own words, Brexit means the UK is no longer “constrained by EU law”. The Chancellor now has greater flexibility to use VAT as part of the UK’s fiscal policy, and says he will “abolish all red tape imposed on us by the European Union”.

Another crucial element of today’s statement was an extra £500m in support for vulnerable families; double the current allowance. “They need targeted support”, he explained, with local authorities set to receive extra funding from the start of the new financial year.

Supporting families with the rising cost of living

Today’s statement had the cost of living firmly in its sights. The big announcement here was the increase in the threshold for National Income Contributions (NICs), up by £3000 from this July. Workers will now be able to earn £12,570 a year without paying a penny in NIC or income tax. It marks the largest increase in the basic-rate threshold ever and is the most pronounced personal tax reduction in well over a decade. Proclaimed by the Chancellor as a “tax cut that rewards work”, a purported 70% of the population will have their taxes reduced by more than they will pay through the new Health and Social Care Levy - I’m sure the think tanks will be carefully fact-checking all of these claims in the coming days.

“A new culture of enterprise”

Is the apprenticeship levy doing enough to incentivise businesses? It seems the Government doesn’t think so as currently, UK employers spend half as much on training compared to EU countries.

To address this, the Chancellor announced plans for investing in people, cultivating ideas and underpinning capital, with new measures due to be announced in the upcoming autumn budget. This “new culture of enterprise” pledges to go beyond the apprenticeship levy currently in place and reform R&D tax credits and cut taxes to incentivise future business investment.

But what about SMEs? The Chancellor said he wanted to help small businesses right now - not incrementally over time - with the current business rates discount being extended by 50% to up to £10,000, starting next week.

There was then more good news for small employers, in the form of a £1,000 rise in the Employment Allowance to help small businesses reduce their National Insurance liabilities.

Sharing the proceeds of growth fairly

The Chancellor saved his ‘rabbit in the hat’ until last, confirming a 1p cut to the basic rate of tax by the end of this Parliament in 2024. The cut, from 20p to 19% is apparently fully costed and paid for, prompting the Government’s claims that it is to be the biggest tax-cutting statement in some 25 years.

How will today’s statement affect your business and its employees?

In an announcement punctuated by the pervasive repetition of earlier promises with few new steps to help business, business owners may be struggling to reconcile what today’s figures mean for them.

As the cost of borrowing continues to rise, and with inflation expected to reach an average high of 7.4% later this year, cuts to taxes will no doubt be welcomed by some - but will it be enough to underpin consumers and businesses struggling to stay afloat?

If you would like to discuss how the Spring Statement will impact you, please contact our team today. 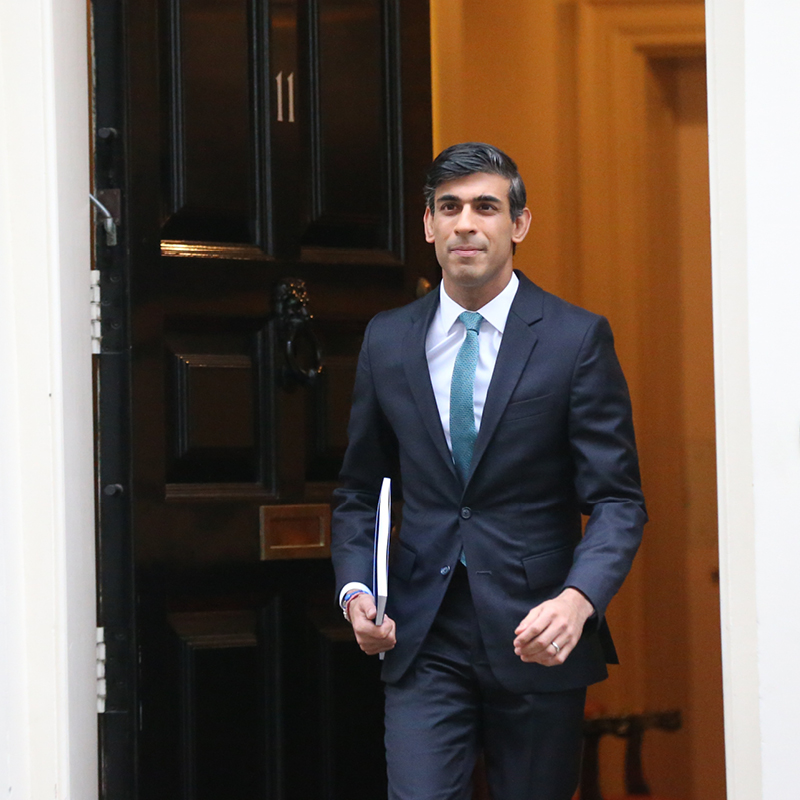