Duncan & Toplis is marking 30 years since moving into the former Castle Brewery offices in Newark by brewing a commemorative beer.

The landmark site on the corner of London Road and Portland Street dates back to 1786 when the premises were used as a workhouse, a jail, a starch works and cotton mill.

They were converted into a brewery in 1879-1882 by Caparn Hankey & Co which sold the premises to local maltsters, James Hole & Co.

James Hole & Co partly rebuilt the brewery and the beer they made there was sold across the country and internationally and they were particularly known for their flagship “luncheon ale”, A.K.

Hole & Co ran the brewery until 1968, when the company was acquired by Courage, Barclay and Simonds and it was later acquired by John Smiths. In 1982, Castle Brewery's final beer was poured, and the site was largely left empty until 1989 when Duncan & Toplis moved into the brewery offices at the end of a three year refurbishment and renovation project.

To celebrate 30 years since the team moved in on May 15th, 1989, the company is giving clients in the area a commemorative beer to mark the anniversary, named Duncan & Toplis: Top of the Hops.

Brewed by Oldershaw Brewery in Grantham, the beer is similar to the A.K. pale ale that made James Hole Brewery famous. The beer will be given out from the company's stand at this year's Cereals arable farming event in Boothby Graffoe, Lincolnshire next month.

“These brewery buildings are a real local landmark and they're an important part of this area's history. We're really proud of having brought the offices back into use and they've served us very well over the years.

“Lots of people have memories of working in these buildings and we wanted to pay tribute to the building and the people who left us this amazing landmark.

“Newark has transformed in the 30 years we've been here, and our team here has done a lot to support businesses and the local community. It's been wonderful to look back and see how the businesses we work with have grown and thrived. In fact, I think it's something worth drinking to. Cheers!”

By this time, the site was in a poor state of repair and needed extensive renovations before it could be brought back into use. When the work was completed on 15th May 1989, the work was recognised with an award from Newark Town Council for its contribution to Newark's Architectural Heritage.

Shortly after the Duncan & Toplis team had moved into the office however, it became apparent that they'd need even more space and so they purchased the adjacent Brewmaster's House in 1990. Once again, the company was commended for the restoration by Newark Town Council and this building now houses about a dozen team members while part of the building is sub-let.

During its long history, the former brewery office buildings were also once home to several Newark residents, including a local dentist who had a dental surgery in one of the upstairs rooms.

Duncan & Toplis now works with about 750 businesses in the Newark area and is ranked as the UK's 30th largest accountancy practice.

The company supports a wide range of charities and good causes in the area, particularly the nearby Beaumond House Community Hospice, the Newark Festival and, in the same week as the office's 30th anniversary, team member Fernanda Correira is raising money for Russell House and Framework in Newark by shaving her head for the charity. 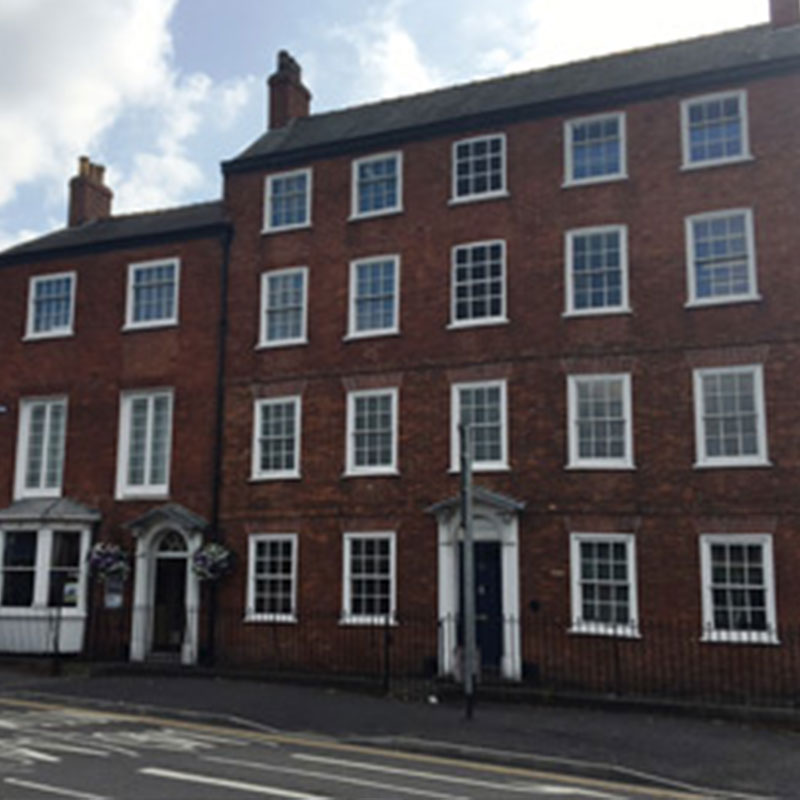