From March to October each year, the Lincolnshire coast comes alive for the official holiday season.

While the last year was an ordeal for businesses in the leisure and tourism sector, all eyes are on the 2021 season as businesses hope to recoup as much of their losses as possible when restrictions are eased.

While there is forecast to be a boom in domestic tourism later this year, there are also calls for an extension to the tourism season to give businesses more time to capitalise on the end of restrictions.

Some tourist hotspots have experimented with this in the last year; Blackpool, for instance, sought to keep its illuminations up two months longer than usual, extending its season until January. Pembrokeshire and Cornwall also extended their seasons and now there are calls for an extension in Lincolnshire.

The merits of this seem clear; the longer the season, the longer businesses in the sector can take bookings, welcome guests and generate revenue. It would also keep people in work for longer, extending temporary or seasonal employment and enable businesses to capitalise on the Christmas and New Year periods, which could be especially lucrative.

This isn’t the first time those in the sector have called for an extended season, but, given the circumstances, now might be their best chance to convince the authorities that the benefits outweigh the risks.

Of course, there are good reasons why the tourism season is over the warmer months; the idea of people shivering in frozen tents or being blown about on a rainy beach isn’t exactly the most appealing image, so the benefits of a longer season won’t affect every tourism business equally. There are also more serious concerns about a prolonged season, particularly around the risk of flooding.

As we know, some areas of Lincolnshire, particularly low-lying areas near the coast, are prone to flooding. And, whether it’s waterlogged roads or actual sites themselves, this is a risk which must be taken seriously as it can be incredibly costly - not to mention dangerous. However, flooding is also a risk in other areas of the country such as Wales and the Lake District where tourism is year-round and this is dealt with through careful planning and sensible precautions to keep people as safe as possible.

But there’s also a question over coronavirus: We all hope and pray that we’ll see the back of it soon, but there are warnings that we may see more surges in case numbers as we approach winter and there could mean more restrictions will be needed. If this is the case, attracting large numbers of tourists from across the country may not be welcome or, indeed, possible, and it could increase the financial cost future restrictions may have.

But, on the contrary, having a short season also means encouraging more people to visit at the same time, and this could pose a challenge for social distancing, with tourists vying for the limited seating at bars and restaurants for example.

There may also be concerns over the impact a longer season will have on local communities as well as natural environments, and, generally, the ‘down season’ does prove a useful time for businesses to assess, evaluate, adapt or invest to improve their offer for the next year (although I think we’ve all had plenty of ‘down season’ for now!)

But while the drawbacks may be complicated, we should consider how valuable an extended season could be.

Nationally, VisitBritain figures show that the holiday tourism industry in England generated £11 billion in 2019 and the UK tourism sector accounts for almost 10% of the UK’s total GDP and 11% of all jobs. Meanwhile, it was reported that the tourism industry in Lincolnshire reached £1.58 billion in 2018, employing more than 20,000 people, so even a modest increase in visitors could be a great boost for the economy.

Most of this income will be generated during the summer months, with June to September generating more than half of overall tourism income and the rest largely being generated by the so-called ‘shoulder months’ on either side.

However, extending the season won’t necessarily have a dramatic effect because the main drivers for coastal tourism are the weather and school holidays, so businesses will need to work hard to give people a more year-round offer if they’re to take advantage of a longer season.

For example, even though the tourism season traditionally starts in March, coastal resorts such as Skegness only start to see large numbers of visitors from May onward and visitors inevitably decrease from the start of September.

Whether this season is extended or not, Lincolnshire is well-positioned to capitalise on the ending of restrictions: Unlike other tourism hot-spots, coastal resorts in the UK thrive from domestic tourism rather than international visitors and city-breaks may be less appealing to people who are likely to be more wary of crowded areas and busy streets.

Indeed, if we look back to last summer, areas like ours fared better than others, with retail footfall in coastal towns reduced by 24.4% last August compared to 30.8% nationwide and 64% in central London, according to research by Springboard.

With our wealth of small-scale, self-catering accommodation and outdoor attractions, this summer could be a big one, even if it’s not a long one.

If you would like professional advice, support or guidance about your leisure and tourism business, please contact our team. 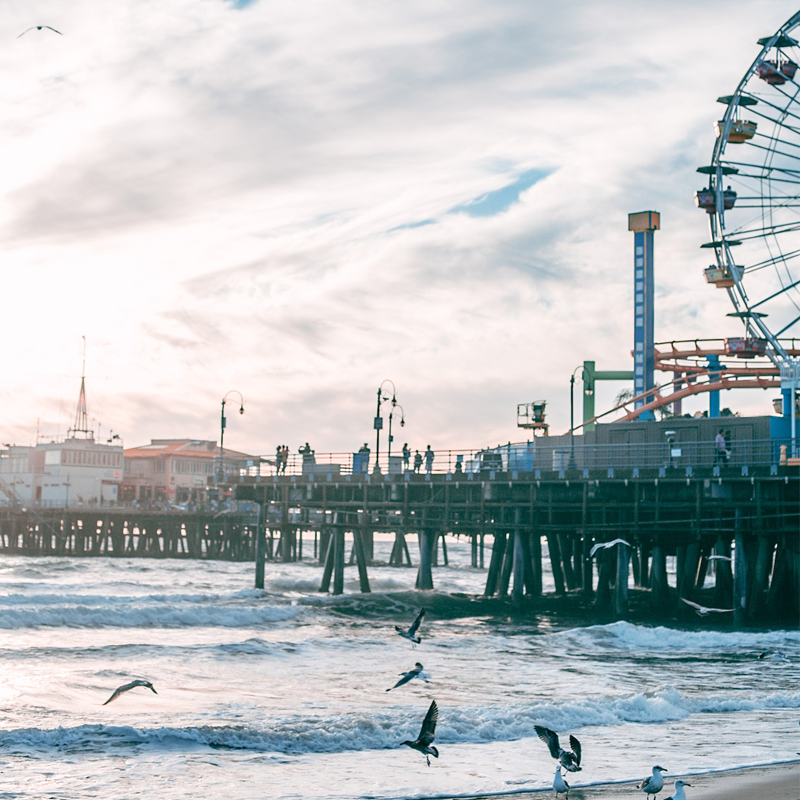