Recently, the audit industry has been hitting the headlines for all the wrong reasons. High-profile corporate failures are being blamed on auditors, Government Select Committees are berating top firms for poor performance and a lack of competition in the market has been widely reported.

These events have triggered a series of reviews covering competition, quality, the Financial Reporting Council (FRC) and the much mentioned “expectation gap”; which is the gap between what is required of an auditor and what the public expects an audit to offer.

Duncan & Toplis, where I share responsibility for quality and technical assurance, is one of the largest accountancy companies in the East Midlands, ranking among the top 30 in the UK. Although we are a long way from the Big Four in terms of market dominance, auditing both large and small clients, we have a clear insight into a wide spectrum of the market.

From this perspective, we responded to the Competition and Markets Authority's consultation and the Kingman review calls for evidence. We're pleased to see that many of our suggestions and observations have been considered in the recommendations made by these reviews.

However, with the recommendations of the reviews being so significant and focussed on the audit of large, listed businesses, it is of great importance that the needs of smaller, owner-managed businesses are not overlooked.

The Kingman review was launched in April 2018, specifically to evaluate the FRC. This was triggered by a number of high-profile corporate failures and scathing criticism of the FRC's response.

Following a call for evidence, Kingman concluded that the FRC was not fit for purpose and would be replaced by the Audit Reporting and Governance Authority (ARGA). ARGA should have both statutory funding and a clearer remit than its predecessor. Specifically, it needs new powers, notably the power to ban firms from auditing large, listed groups and the authority to investigate all company directors, not just those registered as accountants. However, there is a growing frustrating relating to how long this process is taking.

A separate market study by the Competition and Markets Authority (CMA) was launched in October 2018, which was focussed on the audit market. Audit of FTSE listed businesses is dominated by just four audit firms, severely limiting the choice of those businesses. The CMA's final report was issued in April 2019 with some hard-hitting recommendations to break up the Big Four's hold over the market. The recommendations include operational splits of their UK audit work, mandatory joint audits and regulation of UK companies' audit committees.

Adding to this, the BEIS Select Committee released their 'Future of Audit' report in April 2019. In this report, the committee called for a segmented market cap and joint audits to achieve greater competition in the market. Full adoption of the Kingman recommendations was also advised, as was noting that the CMA should aim for a full structural break-up of the Big Four.

Joint audits entail two audit firms taking joint liability for an audit opinion. In my opinion, this would place a considerable risk on smaller firms who may see this as a too big of a leap. I would advocate for the use of shared audits which have one main auditor, for example one of the Big Four, with a smaller firm giving their opinion on a specific area of the file. This would enable smaller firms to gain experience of dealing with listed clients, without exposing themselves to excessive liability. On 18 July 2019, BEIS launched their initial consultation on the recommendations made by the CMA study. This included a question relating to shared audits and therefore this option is still very much on the table.

Following the BEIS report, the Brydon review was launched, a review into auditing standards and the “expectation gap”. Calls for evidence for this review closed last month. Interestingly, the review questions indicated a focus on how to make audit more forward-looking. It will be interesting to see what recommendations are made.

It is key, in my opinion, that these reviews stand together and give a clear direction as to the future of the industry. Recommendations must be complementary as contrasting recommendations will give rise to more hand-wringing and will not help to move things forward.

The changes will be significant, in the past, there has been too much discussion and not enough action and this will no longer be accepted. In truth, these changes are long overdue. What is more, it's increasingly likely that it's not only the audit market that will change, but whole audit product as well.

Any changes to auditing standards are likely to demand a significant increase in the requirements for all audits, including those of owner-managed businesses who would face greater costs as a result. Often, standard setters state that requirements are scalable, but there has been little guidance on exactly how these changes are scalable. It's important, therefore that efforts are made to ensure that standards are scalable.

I remain hopeful that whatever the final decisions may be, they will include due consideration of the needs of owner-managed businesses and their auditors. After all, the market for auditing owner-managed businesses is much healthier and more competitive than it is for larger businesses and the quality of audits for these firms is widely seen as being of an acceptable standard. These reviews were not triggered by failings in this market, they were triggered because of serious failings in the auditing of very large firms like Carillion.

Possible recommendations from the Brydon review, which aim to reduce the expectation gap, could result in fundamental changes to the purpose and scope of audits. If those changes significantly increases the liability placed on all auditors then costs will significantly increase. This may be the final nail in the coffin for many of the smallest accountancy firms offering audit as a service which may inadvertently reduce competition even further.

With the owner-managed business market working smoothly, I am cautious of anything that might interfere with its operation, but it's clear that the audit market as a whole needs to change. Increasing the standard of audit and increasing the level of competition at the listed end of the market is needed, but those changes should not be to the detriment of the market for owner-managed business audits. 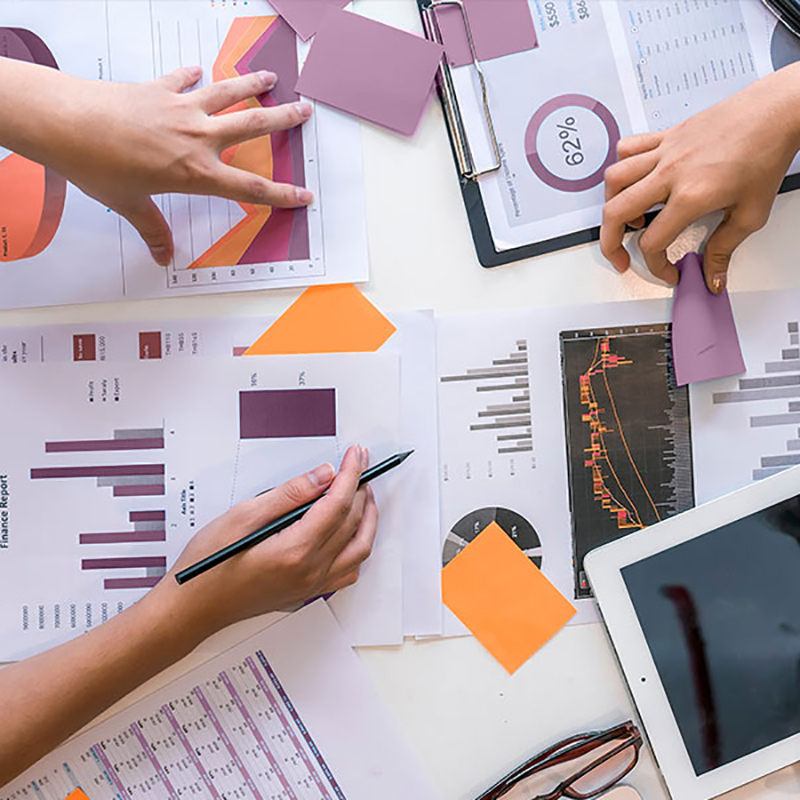