As he did last year, the chancellor promised to do ‘whatever it takes’, setting out a three point plan for fixing public finances and building the future economy, but this Budget was bold and innovative in many ways and I wonder how the public will react.

While the cost of these announcements may be eye-watering, in my view it’s money well spent as it minimises the even greater cost of long term mass unemployment. The support measures should go a long way to ensuring our businesses can bounce-back quickly, preventing companies from closing for good and protecting people’s livelihoods.

Overall, there was a theme of the chancellor introducing a more progressive tax system. Here, he has taken a sensible - though perhaps slightly brave - approach. Largely, he has decided not to increase taxes, at least for a few years until the economy has recovered, rather than risk hampering growth at a time when businesses need the most support.

As we work through the cost and the administrative pain that businesses have faced following the exit from the European Union, in addition to the coronavirus pandemic, the incentives announced today will be most welcome. But, fundamentally, we need the UK to be a global, outward-looking economy, and with global trade, comes a greater need for digital skills which are vital for online marketplaces and working with foreign tax authorities. Unfortunately, I saw little announced to support this in the chancellor’s statement.

As expected, the Coronavirus Job Retention Scheme, which is still supporting the income of around 4.7 million furloughed workers, is being extended until September. As was the case last autumn however, the scheme will be gradually scaled back, with employers required to pay an increasing share of each furloughed worker’s pay from the end of June until the scheme ends in September. This is great news for employers and workers across the country.

With the previous end date having been set way back in November, it seemed ever clearer that an extension was required, especially when the third lockdown began and also when the Prime Minister’s ‘roadmap’ revealed that restrictions for some businesses would remain until late June.

The gradual phasing out of the scheme also avoids concerns that the scheme is propping up ‘zombie’ jobs which will never return and also a ‘cliff-edge’ which would cause a sudden wave of unemployment.

Another unsurprising but welcome announcement is that there will be two more rounds of the Self-Employment Income Support Scheme, which grants self-employed people 80% of three months’ average trading profits up to £7,500. This will be available to a further 600,000 people thanks to a change in the way it’s calculated. This is good news for the newly self-employed, as those who submitted their tax returns for 2020 by 2 March can now access the SEISS scheme.

Extending the scheme is crucial to self-employed people who’ve faced their businesses closing or facing reduced trade as a result of the pandemic, it should also mean some of the 3 million individuals who were cut off from the scheme previously should finally be able to get some much needed support. However, without action to support self-employed people with higher earnings or those whose trading profits make up less than half their income, the majority of these people will continue to miss out. There is also no concession to the hundreds of thousands of directors of limited companies who pay themselves largely through dividends.

With many people having lost their jobs as a result of the pandemic, and with more redundancies likely as the furlough scheme is wound to an end in September, the chancellor has announced more support for traineeships and apprenticeships.

The support will come in the form of additional funding to existing schemes, worth £126 million. It means companies who take on apprentices, for example, will receive up to double the cash incentive which was on offer previously. This means employers who take on an apprentice of any age can now receive £3,000 in support. Employees can also take on flexi-job apprenticeships, enabling them to train and work in one sector while working in another.

Unemployment is at its highest level for almost five years, with younger and lower-paid workers bearing the brunt of job losses so this will help to encourage companies to help younger and older workers reskill and start new careers.

The stamp duty holiday is credited with having provided a great deal of support for the property market and sustaining house prices and the £500,000 nil rate on stamp duty land tax will continue until 30th June, as expected. It will then be reduced to £250,000 for a further three months, encouraging the sale and purchase of residential properties across the summer.

The chancellor also announced a mortgage guarantee scheme which will help people with small deposits get on the property ladder. Perhaps a more targeted approach than the stamp duty holiday, the scheme will offer an incentive to lenders to bring back 95% mortgages which have virtually disappeared during the pandemic.

While the scheme seems sensible in principle, it will not be limited to first time buyers or new-build homes and it is capped at £600,000. It’s hard to understand why these elements of the scheme were decided upon as it would surely reduce the impact the scheme has on supporting the residential construction sector, lower earners or first time buyers (how many first time buyers look to buy a half a million pound home?).

The scheme bears similarity to the Help to Buy mortgage scheme from a few years ago, but while this did help many to buy their first home, it also increased property prices, which has the opposite effect.

Nonetheless, the property sellers and those who can make use of the scheme will be pleased with the support.

With record unemployment caused by the pandemic, it’s good to hear that universal credit is to have a temporary £20 per week uplift for six months, which will help people who are struggling financially. This will also have a positive impact on the economy as people on lower incomes are less able to save and more likely to spend additional income.

It’s also good news that galleries, theatres and museums will be entitled to a share of a £408m fund to help them reopen. Although for many, such as Lincoln’s Drill Hall which closed last year, this is too little too late.

The chancellor also announced that the Bounce Back Loan Scheme will be replaced with a recovery loan scheme which ensures businesses of any size can continue to access loans and finance of up to £10 million. The government will guarantee 80% of the finance to the lender giving them greater confidence.

UK infrastructure bank, based in Leeds, has been created to invest in and finance green initiatives. With £12bn to invest, this, together with the green retail savings product that was announced, could support the continued growth of the green economy. Hopefully, it’s also a sign of the north/south divide being gradually bridged at last.

Ahead of the budget, it was announced that high street shops and hospitality businesses may be eligible for grants worth up to £18,000 each as part of a £5bn scheme.

700,000 shops, restaurants, hotels, hair salons and gyms will be eligible for the ‘restart grants’ which will replace the current monthly grant system. It’s hoped that this will help businesses to reopen from lockdown and to prevent high streets and town centres from dwindling. But with most shops closed until 12th April, restaurants and pubs unable to serve indoors until 17th May and nightclubs unable to open until 21st June, this money is sorely needed.

As hoped, now is not the time for detailed tax rises, but the chancellor did pave the way for tax rises when the economy has recovered.

With the cost to the treasury mounting, tax rises are perhaps inevitable. Possibly as a way of preventing the ‘bad’ news from overshadowing the ‘good’, instead of announcing these today, the government is to run a series of tax consultations from 23rd March which may well lead to further tax rises in autumn.

One of the most striking tax announcements is an increase in corporation tax which is to rise to 25% from April 2023. While this is a 6% rise, the rate will still be the lowest in the G7, and small businesses with profits of up to £50,000 will continue to pay the current rate of 19%. There will also be a taper for companies with profits of up to £250,000, meaning that only larger companies will pay the full, higher rate. The corporation tax rise was expected by many, but allowing time for the economy and businesses to recover from the pandemic before its introduction seems sensible.

The chancellor set out that he plans to achieve ‘Sustainable public finances’, but explained he will not raise the rates of income tax, national insurance and VAT. He stressed that it will take decades for the government to repay the debt generated by the pandemic, so he is taking a very long term view which means avoiding immediate tax rises.

While there were few tax changes, there was plenty by way of targeted tax deductions:

The super deduction, which allows companies which invest to reduce their tax bill is new and brave. Under this, businesses can reduce their tax bill by as much as 130% of the cost of the investment in plant and machinery. This bold decision could make a major difference in supporting an investment led recovery, unlocking cash reserves to support growth.

There is more good news for retail and hospitality with business rates relief extended into 2021-22. The existing business rates holiday has been extended for three months, until the end of June and the rate will continue to be discounted by two thirds (up to a limit of £2m per premises) until April 2022.

One of the touted benefits of leaving the EU is the greater freedom it allows for the chancellor to adjust the rate of VAT, and this is demonstrated under the chancellor’s use of reduced VAT as a fiscal incentive: The 5% reduced rate for VAT for hospitality and tourism will continue until 30th September, when it will rise to a still-reduced rate of 12.5%. This is good news for these sectors which have been among the most affected by the pandemic. Furthermore, freezing the VAT registration threshold at £85,000 means the UK’s system is still more generous than our European neighbours.

Meanwhile, from April 2022, the income tax personal allowance and higher rate threshold will be uprated in line with the consumer prices index, as planned. This will then be maintained until April 2026. This should not reduce take-home pay, but it will mean higher earners continue to contribute more, with people pushing into higher tax brackets as their income increases.

East Midlands Airport and the Humber region are to have designated freeports. There will be eight freeports in future - the first in the UK since 2012.

These are areas where goods can arrive from abroad without being subject to tariffs, unless those goods are moved elsewhere in the UK. It means the areas can become a hub for international exports, allowing goods to be distributed around the world without having to pay tariffs until they reach their final destination and enabling manufacturers in the area to import components at reduced cost.

Within freeport areas, which can be up to 27 miles across, companies can also pay reduced taxes on their properties and pay reduced national insurance contributions. Freeports can attract investment to an area and drive the growth of sectors such as manufacturing so this could be good news for the East Midlands and Humberside areas. 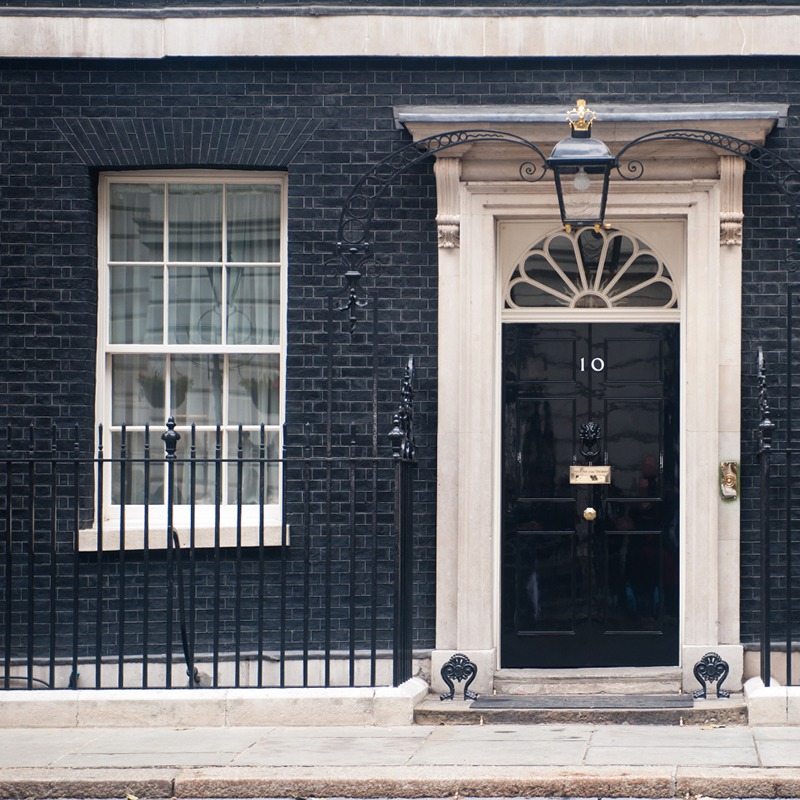